“Traditional Chinese Medicine (TCM) encompasses how the human body interacts with all aspects of life and the environment, including the seasons, weather, time of day, our diet and emotional states. It sees the key to health as the harmonious and balanced functioning of body, mind and spirit, and holds that the balance of health depends on the unobstructed flow of qi (pronounced chee) or “life force/energy” through the body, along pathways known as meridians. Traditional Chinese Practitioners see disease as the result of disruptions in the circulation of qi.” Dr. Andrew Weil 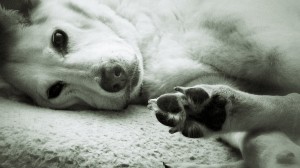 TCM originated in ancient China and has evolved over thousands of years of practice and observation.  It involves a number of different modalities such as the use of herbs, moxibustion, and various foods as well as a variety of practices such Tui Na (acupressure massage), Tai Chi, and Qigong to bring the body back to its healthiest state — a state of balance. Acupuncture (Acupressure) is one of the key components of Traditional Chinese Medicine (TCM).

While an acupuncturist inserts needles into points along various meridians or channels, the acupressure practitioner uses her fingers, thumbs, or hands to “tonify” or “sedate” energy of these “acu-points.” Balancing Chi/Qi is at the heart of acupressure work, but it is informed by and inseparable from the theory of Yin and Yang.

It would take pages to describe the complex theory of Yin and Yang, but if you are interested, I encourage you to read the extensive explanations on the Yin Yang House website. 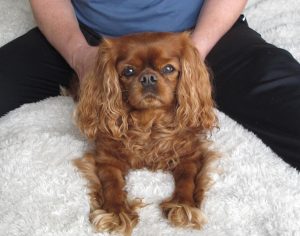 For me, the goal of each acupressure session is to find imbalances in the flow of Chi/Qi through the gathering of information from the family, from observational details, and from a full assessment of specific acupoints that help guide each session.

Many people ask what’s the difference between acupuncture and acupressure and the short answer is simply the use of needles. But in my years of practice, I have come to see benefits to both modalities and often refer my clients to a number of excellent veterinarian acupuncturists in the Seattle Area. My own dogs receive regular acupuncture treatments in addition to the work I do with them at home.

In addition, I also use Moxa (dried mugwort) for certain conditions.There are many different ways to 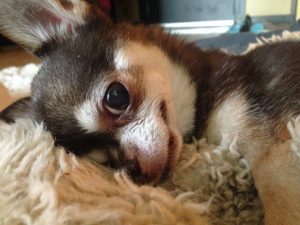 use moxa, but all give off a radiant heat that penetrates the body very well. This makes moxa really good for deficient, cold and stagnant conditions. Like most things in nature, the Qi/Chi (or energy) in our bodies reacts to cold by contracting and to heat by expanding. Therefore cold Qi/Chi has a tendency to contract, or stagnate, and warm qi has the tendency to expand, or flow smoothly. By warming the Qi/Chi along the meridians or directly at certain acupoints with moxa, we help to build the Chi/Qi and blood in the body, and improve circulation.

There are two ways to use Moxa — direct and indirect — but since animals are covered in fur/hair, I only use it in an indirect way. I use a Moxa Stick or Pole that, when lit, emits a warm, radiant, and infrared heat. By holding the stick above specific acupressure points or along meridians, I warm the point or meridian to help the flow of Qi/Chi.

Understanding the meridians or channels also informs my work as a massage therapist and I often combine both modalities when working with an animal.